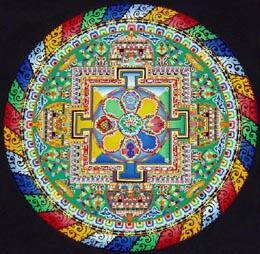 In our fast paced society and culture that values youth, individuality, material things and accomplishments, more and more people hunger for meaning and connection to some larger purpose. This especially becomes important when dealing with life-changing events, confrontation with mortality or pain that is mental, emotional or physical in which an interpretation may be necessary that gives meaning to the event. This sets the stage for a “spiritual crisis,” where previously held beliefs are called into question. This is a common experience after a traumatic event where the unexpected has happened, whether a car accident, injury, being diagnosed with a life threatening illness, experiencing being the victim of a crime, the premature death of a loved one or having an unusual spiritual experience. A commonly held belief may be that bad things only happen to bad people, or these things only happen to someone else. When it happens to us the life changing event shatters a sense of safety in the world and creates conflict, confusion, disorientation or guilt.

The individual’s solution to a problem or crisis such as this lies in addressing questions regarding beliefs, meaning and purpose. It might be said that the sufficiency or deficiency of a belief system is called into question. Resolution may require greater definition of beliefs toward a sort of ‘cosmic world view’ to such questions as, 1. Why do I/we exist?, 2. What am I here to do?, 3.Who am I?, 4. What makes me different or the same as others?, 5. What is my or our relationship to the interplay of forces, cause and effect or to a supreme force?, 6. What is my real potential?, 7. What is the meaning of life over and above survival?, 8. What do I believe God is and does God exist?, 9. Why do I and others suffer?, 10. Why me?, 11. Why this?, 12. Why now?, 11. Why does life seem unfair?, 13. Where do I/we come from really?, 14. If God exists, why does God allow suffering?, 15. How can we create a more peaceful state of existence?, 17. What happens when we die? To these questions science fails to give satisfactory answers. We need to search beyond the rational mind for these answers. “Research confirms this view that God becomes part of the ‘big picture’ for the significant things that happen” (Hood, Spilka, Hunsberger, and Gorsuch, 1996, p. 30).

People will endure anything life throws at them as long as they believe it has meaning. For some event to have meaning we must believe that learning and growth has come from it, that the event has motivated us to take some action that will help others or that it has taught us something about ourselves. Answering these questions has the potential to provide meaning, can help us to feel connected to the divine, or to feel that our actions in life have been meaningful, because we have made a difference to someone, somewhere at some time. A spiritual crisis may launch us on a journey that leads to a unique task or mission in life that continues to give our lives meaning. Victor Frankl, an author who endured a Nazi Death Camp believed that “striving to find meaning in one’s life is the primary motivational force in man.” (p. 121, Man’s Search for Meaning)

A spiritual crisis can cause a conflict with traditional religious beliefs and take us on an exploration of other traditions. In Roof’s study of baby boomers, “More than half of all Protestant boomers feel that the churches have lost the spiritual part of religion” (p. 236). Roof (1994) writes a section of his book about religious struggles, “Distinguishing between religion and spirituality, or between the outer and inner aspects of faith, is an important theme and helps individuals to find a more enriching, favorable connection with the divine” (p. 215). This begins an “independent spiritual path” where the individual must take responsibility for their own beliefs. The previously accepted beliefs may no longer helpful. It means looking deeper beyond religious doctrine and what one has been taught. This may also call into question the need for an intermediary such as a minister, priest or rabbi. Current best selling author Carolyn Myss states in The Creation of Health, “. . . all beliefs, regardless of their source - be it cultural, social or religious - are worthy of being challenged if they no longer serve us in terms of helping up cope with challenges of our lives.” (p. 140)

One woman’s experience of spiritual crisis was borne of her deep devotion to Catholicism. She loved the church so much that at age eight she wanted to become a nun. She went to Catholic schools and a Catholic College . During her first year at college, she was raped by a priest. This threw her into a “crisis in faith.” She told me , “. . . the whole concept of clergy representing God, of a priest representing Jesus Christ, if that was true, then how could this betrayal have happened?” This sexual assault and the way it was handled by the nuns, other priests and the church itself shook her beliefs and religious aspirations to the core of her being. She describes what happened next, “I tried after the initial shock to get help. I told a priest and two nuns, but no one believed me and they made it about me. Nothing was done, which further deepened this split, because where was my community, where was the ‘mother church,’ who was going to be there for me in my time of need and suffering? So I went off the deep end in terms of my psychological process, . . .” What had brought her meaning and deep trust in the church was shattered by this experience.

Traumatic events tear the veil of illusion that insulate us from reality; beliefs, both conscious and unconscious, support that illusion. For example, a belief that one is safe in Catholic church with a priest or that the church is a source of refuge and support. In this example the spiritual crisis arose when the rape created conflict between spiritual beliefs and life experience. This split took her away from the church to explore other avenues of spirituality “. . . this was in the sixties and so I explored different disciplines, meditation, Buddhism, yoga, Sufism, and even hallucinogenic drugs.” She became interested in eastern religions, nature and music. She eventually found ways to rebuild her spiritual foundation and connect to the sacred in experiential ways.

The author of a 1994 study of Baby Boomers, Wade Clark Roof states, “Boomer women, especially the working, career-oriented women, struggle with religion more than do their male counterparts” (p. 217). “Sexist language came up more than any other single concern among women. Words that ignore the existence of women alienate and cut them off from a wholehearted affirmation of their personhood and continue to remind them of the evils of patriarchy and sexism. Women feel starved spiritually with symbols and rituals that fail to include them and nurture them as whole people” (p. 218). “Traditional models of piety and spirituality are often tied to outdated dualisms of body and spirit, fail to nurture” (p. 185) yet “. . . history is replete with maternal imageries in many eras. The Virgin, the Madonna, the Goddess, and Sophia are among the images that express a feminine archetype. In reaction to the traditional, patriarchal conceptions of God, many Americans today hold to feminine images; One-fourth of the boomers say they can imagine God as Mother” (p. 76).

Spiritual crisis and the inner struggle that ensues is often experienced as an existential depression. Andrea Nelson (1996) writes about depression, “A state of depression contains within it the potential for growth. When a depressed person is confronted with the turmoil of a life crisis, she is, willingly or unwillingly, immersed in the far-from equilibrium conditions that are ripe for a spontaneous shift to a higher level of integration” (p. 133). The breakdown that ensues with depression may actually portend a breakthrough. My own research indicated that the breakthrough may mean a more integrated and embodied spirituality. A need in finding a new spiritual belief system is to find the authentic Self and an authentic way of expressing spiritual impulses. Wade Clark Roof (1994) writes, “The struggle is to get beyond the facade, the external shell of religion, to its ‘embodiment,’ or the link between spirituality and responsible action. . . . what is important is that it be an authentic expression of a deeply felt conviction” (p. 236).

Sometimes people in a spiritual crisis do not know where to turn. The usual sources of spiritual comfort are not available due to the current conflict with the beliefs that he or she held up to that time. Some psychotherapists have knowledge and training that include the spiritual dimension of humanity and can help the seeker in spiritual crisis. A transpersonal theoretical orientation is the most likely to have the background with which to help resolve the spiritual crisis that may linger long after the precipitating event is over. However most consumers of psychotherapy may be reluctant to bring spiritual questions to any therapist since psychology's genesis rejected the spiritual dimension to find acceptance as a science. Now coming full circle transpersonal psychology is the result of the mounting evidence of the benefits of spirituality to physical and mental health, relationships, fulfillment and meaning. It can balance our society’s emphasis on the external and provide a firm foundation internally that serves to weather the storms of stressful life events.

Beyond the limited range of a model of mental health as free of pathology, transpersonal psychology sees this traditional model’s norm as arrested development. We know from a theory developed by Abraham Maslow that beyond this lies a greater potential for humanity, a spiritual evolution that goes beyond (trans) the personal to concern ourselves with the larger picture to become “self-actualizing”, contributing to the greater good. To quote Albert Einstein, “A human being is a part of the whole, called by us ‘Universe’ - a part limited in time and space. He experiences himself, his thoughts and feelings, as something separated from the rest - a kind of optical delusion of his consciousness. This delusion is a kind of prison for us, restricting us to our personal desires and to affection for a few persons nearest to us. Our task must be to free ourselves from this prison by widening our circle of compassion to embrace all living creatures and to the whole of nature in its beauty.” A narrow concern limited to the individual is a denial of our interconnected nature that is Nature. When we recognize this our beliefs become more responsible. We alone are responsible for what we believe and whether we act in accordance with those beliefs.

Out of a spiritual crisis comes a conscious exploration and redefining of our beliefs. This process can create a more authentic and integrated approach to life. Now knowing what we believe, having answered enough of the questions that arose as the result of the initial life shaking event, we begin to use the beliefs which we have consciously chosen. We develop a new attitude toward life. This new attitude can bring about positive self esteem through living a life congruent with the beliefs chosen consciously. Integrating consciously chosen beliefs provides a firm foundation with which to weather the storms of life changing events. It allows us to live with greater peace not from a belief system we inherited or unconsciously accepted. But from a belief system that makes sense to us and has the capacity to provide meaning and account for life events and changes, as the stepping stones that allow us to grow and change. This is a more realistic pragmatic and meaningful approach to life challenges.